Resume of Sean Hayes. Candidate for Mayor of West Haven 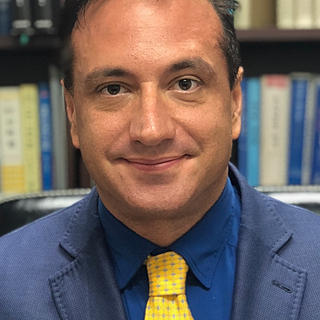 Democratic & Republican Primaries in West Haven are on August 9, 2022

Sean Hayes, an experienced international business professional, law professor, dean, international lawyer, CEO, investor and entrepreneur is running for mayor of West Haven, Connecticut. Sean shall use his experience, connections, hard work, dedication and professionalism to serve the needs of a West Haven he loves and believes is headed down a fiscal cliff.

Sean is, by far, the most experienced person that has ever run for mayor of West Haven.

Sean shall bring to West Haven residents, investors and businesses trust in West Haven City Hall.  This trust is necessary to get West Haven over our fiscal cliff, get investment back into West Haven and build an accountable and efficient government.

Our mayor has failed us and we, finally, have an option to bring integrity, professionalism and accountability back to West Haven City Hall. Support a New Beginning for West Haven.

Support the Sean Hayes 4 WH campaign to clean-up West Haven City Hall and bring professionalism and accountability to a West Haven eager and waiting for forward-thinking and accountable leadership.  ​

Sean Hayes is in this Race for All the Right Reasons

Sean Hayes is in this race for West Haven mayor for all the right reasons. Sean's election to West Haven City Hall shall lead to him taking a substantial pay cut. Unlike most if not all candidates, the mayor of West Haven is not the most lucrative job he can obtain. However, Sean wants to give back to a West Haven that has helped make Sean into the professional, hard working, experienced and compassionate leader he is today.

Sean is the, only, candidate in the race for mayor of West Haven that is supported by Democrat, Republican and Independent business owners, police officers, teachers, union workers, pastors, professors, government employees, senior citizens and concerned citizens of West Haven that know that West Haven needs dedicated professional leadership for a West Haven City that is heading in the wrong direction.

Sean Hayes, presently, runs a Business Startup Center, Int'l Law Firm and is the CEO of an international fitness brand. Sean is regularly quoted by the Wall Street Journal, New York Times, Bloomberg and other global publications. Sean lived in and worked in Asia (Philippines, South Korea, and China) as a professor, international lawyer, CEO, dean and international business professional.

Sean Hayes learned the value of hard work, entrepreneurship, honesty, professionalism and compassion from his family and teachers. His family and his experience built Sean into a fiercely hard working brutally-honest street-smart problem solver that never makes promises he is unable or unwilling to keep. Sean vows to turn West Haven into a professional managed city that is the envy of surrounding towns.

What is the West Haven Business Startup Center and how Shall it Help West Haven?

Sean Hayes put his money and time where his mouth is. Sean Hayes started a Business Startup Center for those wishing to obtain ownership or employment in a business. The center shall bring investments in West Haven and the surrounding area.

Sean's Business Startup Center receives no funding from the government. Sean is showing that through hard work, dedication, passion and compassion we can build successful businesses with anyone willing to give the time, energy, dedication and passion to the venture. Sean Hayes, also, assists and mentors numerous proactive and effective not-for-profits build programs that foster entrepreneurship.

Sean Hayes has put his money and time where his mouth is and is now looking forward to building a better, brighter and more prosperous future for all in West Haven.

To join or support the campaign, please Contact Sean Hayes

Connect with Sean on Linkedin

GET IN TOUCH WITH SEAN HAYES